All posts, Órgiva and environs, Culture and buildings, Nature, walks and wildlife

A mine of information in Órgiva

A while ago, small rock boulders suddenly appeared outside the building on Plaza Alpujarra that never opened and what people thought was the tourist office but it wasn´t (see this post). But it´s open and from mausoleum to one-room museum, Órgiva now celebrates the area´s history of mining on what is its own Uluru, the Sierra de Lújar.

Around its walls a chronological history of the mines and wider area covers the Phoenicians and Romans right up to recent times, including when mining was at its peak in the 1970s. Today, with renewed activity (for Fluorite and Galena), people aren´t encouraged to visit the mines due to the miles of open tunnels, wells and other hazards – but a four-hour hike will get you there, just be prepared. 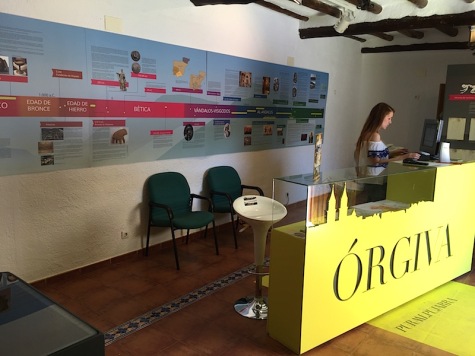 The mini-museum has display units of Roman artefacts, old tools, lanterns and a video of, presumably, an ex-miner recounting stories of grit and grime.

The informative Sylvia behind the counter – whose basic English competed with our basic Spanish – alternated between the two languages (based on our facial expressions), but we got the drift of what she told us, despite someone tripping over our bag of onions bought from the weekly market. 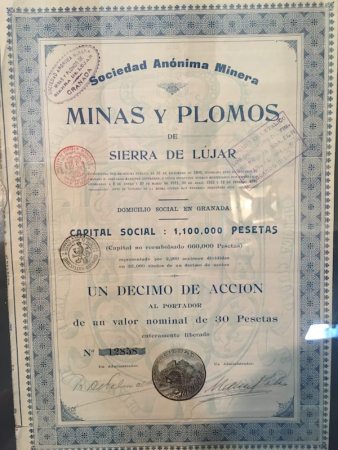 The star is a beautifully-shot, 20-minute HD film of the mountains. If for no other reason it´s worth a visit, even if you don´t understand Spanish. Alas, it´s not available to watch anywhere else…yet.

The organisers have done a good job putting it all together, although, given the level of tourism in the area, it would benefit from a degree of information in other languages. 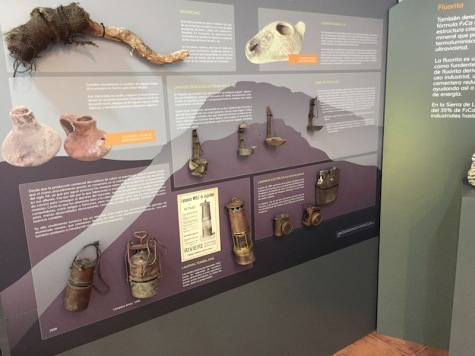 Pop in if you get the chance – we´re unsure of opening times but will report back.

If you´re visiting Órgiva with children, see if they can spot the effigy of a miner staring back at the Sierra de Lujár – hint: it´s on the outskirts of town.

In the absence of the museum film, see another below which has some wonderful nature photography. It also features abandoned and crumbling miners´ houses. Órgiva town, Cañar, Los Tablones and other villages can be seen over 1000m below in the valley.

Lightning: a first time for everything

4 thoughts on “A mine of information in Órgiva”