All posts, Culture and buildings, Food and drink

With the sun shining, a gentle breeze and the thermometer at 18C, it’s easy to forget that back home millions of people are entering the frenzy of Christmas and New Year.

Families suddenly like each other, everyone ‘helps out in the kitchen’ (gets in the way) and people witness neighbours’ fights which spill out into the front gardens of the land. That’s not to say the Spanish don’t make a song and dance about Christmas either, just in a different way.

Here in Órgiva, signs of Christmas are muted – although there’s going to be snow on Christmas Day, high up on the Sierra Nevada.

So what are the customs in Spain, and do drunk people vomit at the back of the church during midnight mass?

Back home, Christmas officially begins in September when mince pies and tinsel go on sale in supermarkets. Here things kick off much later on December 8, el día de la Inmaculada Concepción – or the feast of the Immaculate Conception. Lights are turned on and people have yet another day off over the December Puente.

Many get their lamb-crammed, ass-filled mangers ready as soon as possible – and some gigantic ones have been spotted. It’s of course tempting to rearrange the animals and figurines into fun positions, but we don’t want to offend anyone. We’re told cows are particularly honoured because they kept baby Jesus warm by breathing (and maybe dribbling) over him.

Someone has told us Órgiva’s church has an ‘entertaining’ nativity scene. We’ll take a photo of it next time the church is open, which isn’t very often.

Do you feel feel lucky, punk?

Believe it or not, the Christmas Lottery – Lotería de Navidad – has been running since 1812. It’s called El Gordo (the Fat One) and brings a smile to the owners of the winning tickets who each claim one hell of a pay-out. 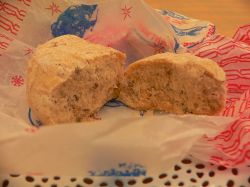 Unlike many other countries, the main meal is normally enjoyed on Christmas Eve – la nochebuena. Turkeys do feature (stuffed with truffles) as well as lamb, fish or seafood. Earlier in the evening oil lamps are lit and, after the meal around midnight, people head for la Misa del Gallo – Rooster’s Mass (a cock-and-bull story if ever there was one).

Around Christmas, two types of nougat (el turrón) get offered around; a hard version (duro) made with whole almonds in a splodge of honey and egg white, and soft (blando) where the ingredients are ground together.

Las figuras de mazapán make an appearance along with los polvorones – crumbly biscuits made with cinammon.

Skip on a few days to New Year’s Eve (nochevieja or ‘Old Night’) for a tradition where people eat 12 grapes with the 12 strokes of the clock at midnight to bring luck for the coming year. It’s possible some unlucky folk have choked on them and never got to see in the new year.

On December 28, not content with the previous 12 months’ festivities, the Spanish manage to shoe-horn in, what is the equivalent of, April Fool’s Day – el día de los Santos Inocentes (Holy Innocents’ Day). A common joke, a friend informed us, is to stick a figure cut out of white paper on someone’s back without them knowing (we’re going to wear white shirts on this day). A puppet or rag-doll could also be placed on your back, which is probably more noticeable.

As seen in this clip, the town of Ibi in Alicante marks the day by people throwing flour and eggs over each other. It’s been going on for over 200 years so the place must be caked in a right mess.

The joy of receiving 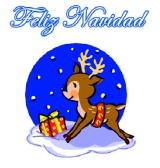 While most children back home have ripped open their presents by 7am on Christmas Day, here it’s different. While some presents often get opened on the 25th, it’s not until the 6th January – the Fiesta de los tres Reyes Magos (festival of the three Magic Kings) – that the littl’uns’ faces really light up.

The evening before, children pack their shoes with straw and carrots and leave them on the windowsills for the horses of the Wise Men (Melchor, Gaspar and Baltasar). The kings parade through the streets in many cities, dressed up like pantomime dames, hurling sweets at people.

If you want to know more about Christmas in Spain try Hola Yessica. Jessica has made a short film about the Christmas decorations in Barcelona – note the signs say Bon Nadal, the Catalan for Merry Christmas.

Finally, here’s Jose Feliciano singing Feliz Navidad to an audience of two million people. It speeds up before eventually everyone falls asleep.

Fiestas and ferias: Órgiva and Lanjarón

8 thoughts on “Christmas in Spain”