All posts, Órgiva and environs, Culture and buildings, Photography

The old photograph may have been taken in the 1940s or early 1950s. It was taken from where La Alpujarra supermarket is today on the Avenida Gonzalez Robles. The shorter building at the end is where the sweet shop is.

The bus is heading for Ugíjar, a town in the eastern Alpujarras. The direction it’s facing – west out of Órgiva and towards the turning to the white villages like Pampaneira – suggests it took this long route across the mountains. However, it’s more likely it would have turned around to follow the route of today’s buses, south and east, via Cádiar. Or it may have come from Granada, via Ugíjar on some never-ending loop – we don’t know!

Ugíjar would have been writer Gerald Brenan‘s main town as Yegen, where he lived from 1926, isn’t far from it.

We know nothing about vintage vehicles but can deduce that the bus/coach (an Allwetter-Reiseomnibus) was probably made in the early 1940s. The size of the word ‘Diesel’ as part of the iconic Mercedes-Benz logo suggests this. It’s similar to a Mercedes-Benz O 3500 built between 1949-1955, although looks like a predecessor (if you like looking at vintage cars, and in particular Mercedes-Benz, this website has a ton of images).

If anyone knows if the choice of Mercedes-Benz was connected to Germany’s support of Franco during the Civil War a few years earlier, please let us know. Or perhaps they were the only manufacturer in Europe making this type of vehicle?

We do know that Mercédès is a Spanish girl’s name meaning ‘grace’. The history of how the company got its name makes fascinating reading – check this website.

Finally, is that the same wire strung across the street…?!  (Photographer of old photo unknown, happy to remove or credit.) 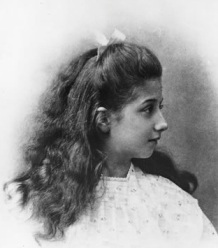 More: Órgiva Then and Now photos