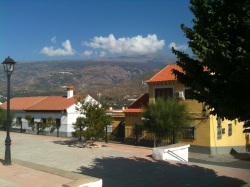 If Lanjarón is the town of old people then Los Tablones is the village of, well, no people – when we went at least. Marty McFly would have confused it for a 1880 American town but without tumbleweed and a gun-fight – even if there was a saloon bar to be found.

It’s the only place we’ve come across that has its own Fiesta of the Cucumber and Tomato Salad – on 14 August, apparently.

Located just across the Rio Guadalfeo from Órgiva – see the map on this post – Los Tablones is a curious place, laid out like a military compound. We only saw one person who gave us directions to the (only?) place in town to get a coffee – a hut attached to a house.

Maybe the village’s odd feel is due to the fact that, among the centuries-old villages of Las Alpujarras, what you mainly see today is a modern village, completed in 1943. However, its history can be traced back to several farmhouses located on the riverbank which grew in number as people arrived to work the fertile land here.

The name Los Tablones means ‘The planks’ after wood, cut from trees on the Sierra de Lújar, was stored here before heading to Adra for boat-building. As larger houses popped up, the area developed certain ‘districts’ – Churriana, El Barrio and Los Cigarrones, location of the famous Dragon Festival, which has since moved.

During the Civil War (1936-39) the area found itself in the front-line – sandwiched between the Nationalists and Republications. 700 inhabitants left for other villages to escape. By the end of the war, many of its buildings had been damaged or destroyed.

But there was, literally, light at the end of the tunnel. Mining activity in the Sierra de Lújar was increasing and, with a will to invigorate the area, the Dirección General de Regiones Devastadas (General Management of Devastated Regions) decided to create a new village – including a town hall, church (San Marcos) and school. Around 40 houses were built.

The dogs lay in the road, the odd car went by but nothing much else happened. And like Bayacas, it’s probably just how the people here like it. 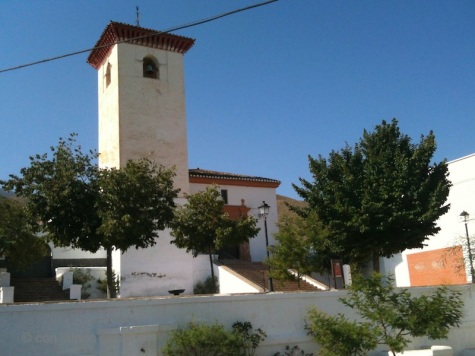 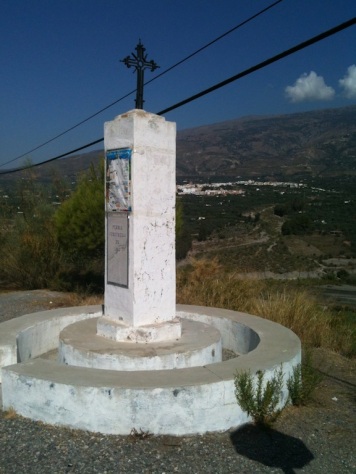 A mine of information in Órgiva

History of the Moors of Spain – Florian (book)