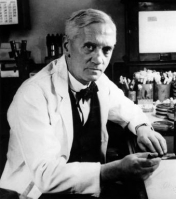 Everyone’s heard of Alexander Fleming, right? That Scottish bloke who discovered penicillin, the active ingredient in the mould Penicillium notatum, which turned out, on its discovery in 1928, to be a brilliant infection-busting agent.

But what’s that got to do with the main street running through Órgiva, home to several bars, the church and a place which sells both churros and roast chickens?

It turns out that the great doctor is commemorated not just here, but in several places in Spain. This includes Huelva, Madrid – where there’s a statue outside the main bullring on the Plaza de Toros de Las Ventas – and Barcelona, where he gave a lecture, in 1948, in the Reial Academia de Medicina de Catalunya.

His discovery – heralding the age of decent antibiotics – has since saved a fair few people, including matadors. In Madrid they chipped together to pay for a statue of him.

Órgiva has seen its bullfights in the past, mainly in the plazas. Someone at the town hall wanted to commemorate him here too. When? We’ll report back when we find out more.

Fleming was knighted in 1944, shared the Nobel Prize in 1945 and made a Knight Grand Cross of the Order of Alfonso X, the Wise in 1948. But having a street named after you is the best thing.

Fleming loved sherry and said: ‘If penicillin can cure those that are ill, Spanish sherry can bring the dead back to life.’

Let’s drink to that. 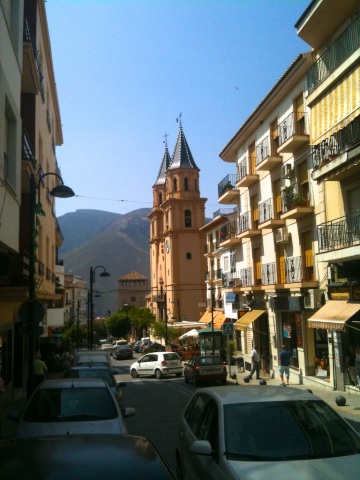 Órgiva from the air