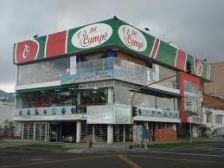 We’ve only been to a large supermarket twice in Spain and both times it was Al Campo outside Motril on our way to Órgiva.

We have no idea whether we’ve been to the Spanish equivalent of the Co-Op or Waitrose. All we know is, it’s gigantic – an aircraft hanger-sized space of the usual stuff, some of it coming in mind-boggling choices – olives, jamón, bottled water, jars of slimy asparagus. Oh, and a pet shop. First time we went there was an abandoned dog looking for a home (he wasn’t there the second time). 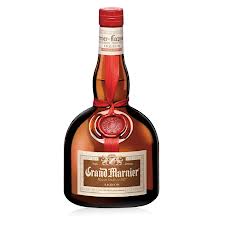 Being large and frequented (judging by some people around us) by English people – and possibly Irish – it’s possible to get Marmite and Worcester Sauce. But we weren’t there for that – our trolly was full of olives, jamón, bottled water, jars of asparagus at one end and at the other: six bottles of wine; Grand Marnier; two crates of beer; 1000ml of shampoo and a football-sized melon costing about 20p. Every little helps.

Luckily, the horse meat was clearly-marked (probably for non-Spaniards) although, confusingly, the tinned anchovies were found in the chilled section. The manager wasn’t available for comment.

Tempted to buy a whole jamón, we stared at the impressive display – like a mass witches’ trial, all lifeless and hanging.

We decided against getting one because: (1) we didn’t have a jamoneros – ham stand (2) it’s a great skill to shave off the wafer-thin slices (3) even we couldn’t eat it in one week. 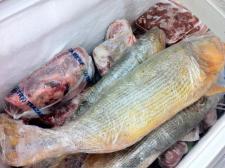 A loud klaxon went off when we discovered we hadn’t weighed our vegetables and stuck a price label at the point of display. Customers glared at us at the till and we almost cried.

As we left the supermarket a lady in a suit tried to sell us something. So we either have bought insurance, double-glazing or are meant to be going on holiday somewhere. It was free, whatever.

Other supermarkets we see in Spain include: Lidl, Día and Alpujarra Supermarket. Apparently there’s a Dunnes Store in Málaga (shop of choice in Ireland) and a Marks & Spencer in Marbella. 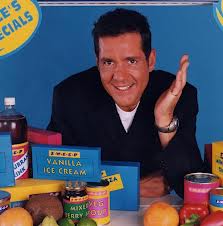 Dale Winton – yet to be spotted in Al Campo

We’ve forgotten what the supermarkets are called in Órgiva but do know they all close from about 2pm to 5pm. This takes some getting used to because it’s always about 4pm you need some extra olives, bottled water, jars of asparagus….

When we go this year our shopping basket will look nothing like our Al Campo trolley. That was holiday, this’ll be market vegetables – and there’s nothing wrong with that.

All about Granada, Órgiva, La Alpujarras, Las Alpujarras, Andalucia, Spain – tapas, history, local guides and more.
View all posts by con jamón spain »
« Ernest Hemingway never set foot in this place – Key West, Florida
To be, or not to be »